Get Back into the Kitchen + Simple Dal Recipe

Although I don’t place much emphasis on making New Year’s resolutions these days, I do love harnessing the powerful energy that comes at certain times of the year (back to school, spring, New Year, and birthdays) to re-focus myself.  For those who do make resolutions, health and wellness goals are often at the top of the list, which makes sense.  It’s a lot easier to achieve your other goals or intentions if you’re feeling good.  I’m not opposed to people having a goal, or making a resolution.  It just seems like too many are either motivated by fear or other negative emotions, which leads them to race towards their goals at a pace they cannot sustain.  If you’ve made goals this year, why not keep them simple, and take small steps towards achieving them?

The Return of the Slow Cooker:  Ginger Broccoli Beef

As far as small kitchen appliances go, the slow cooker isn’t new technology.  Not much has changed from the original concept and design, and after a dip in popularity in the 1980s, the slow cooker has made a resurgence.  A quick search on the internet will yield all kinds of recipe ideas, and while many involve packaged soup mixes and other questionable, processed ingredients, it’s possible to assemble a whole foods based slow cooker meal in a reasonable amount of time using simple, whole foods.

Posted by Arja on November 25 in Soups and Stews

This may come as a surprise to many of you, but despite the fact that I have a small child, I didn’t eat dinner with him on a regular basis until just recently.  I used to prep a meal and feed him, then wait until my husband was home much later and eat with him.  This allowed us to sit at the table and catch up on the day in peace, and was likely also a habitual carryover from my kiddo’s baby days.  As summer this year came to a close and my little man was about to start SK, I felt it was time to make a change. 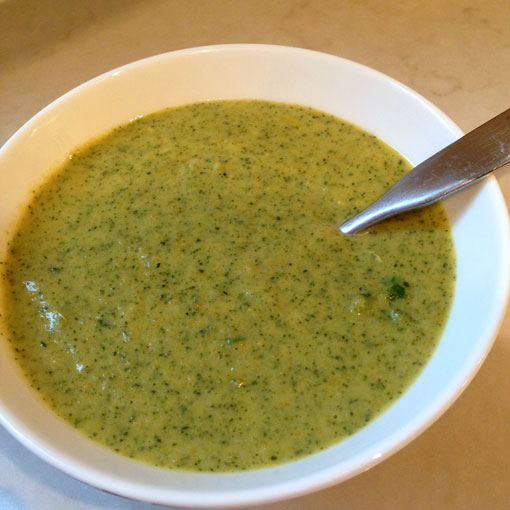 It’s cold.  So cold, in fact, that they’re calling it a “polar vortex”.  That sounds serious, doesn’t it?  So serious, that you better just stay inside and eat soup to stay warm.  But before your make your soup, you’re going to need some stock, and if you’re not already making your own, then read on and find out why you should be!  (Hint:  It’s not hard!)

Posted by Arja on November 28 in Soups and Stews

If you’ve read any other recipes I’ve posted, it won’t come as a surprise to you that I love both soup, and kale.  I love them even more together, and every time I see a recipe that doesn’t have kale included I wonder if it was left out by mistake.  While you might not share my enthusiasm for finding ways to include kale in everything you cook, I’m pretty sure you’ll love this brightly flavoured, creamy-without-cream, warming soup. 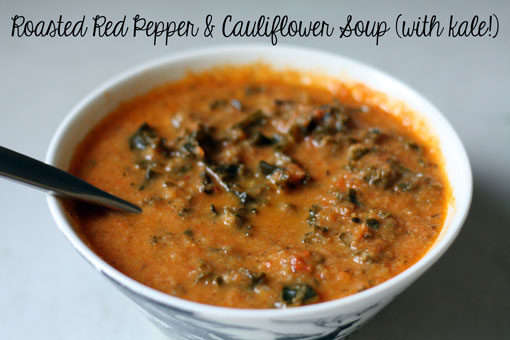